Carry out correlation analysis quickly and easily with QuestionPro 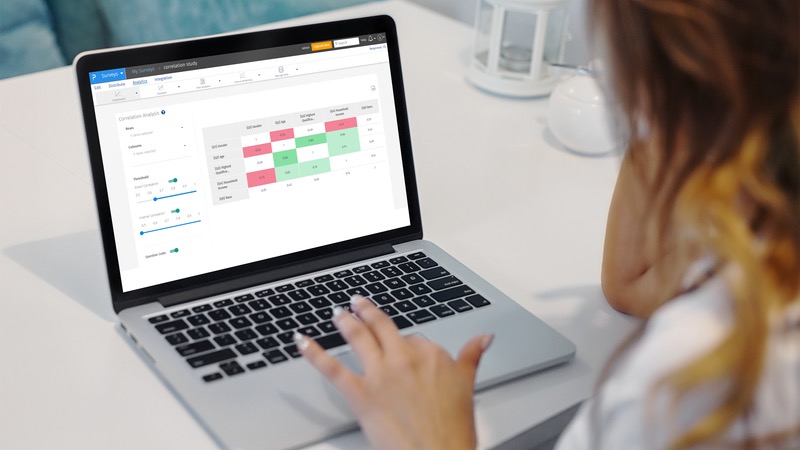 What is a correlation analysis?

FREE E-BOOK:
Carry out market research as a self-service

Carry out correlation analysis without prior knowledge QuestionPro

With the help of the correlation analysis, it is relatively easy to determine the relationship between two variables. With the QuestionPro Analysis tools allow you to carry out correlation analyses without knowing the formula or manually evaluating data, for example in Excel.

Step 1: You have carried out a survey, customer survey or employee survey and now want to know whether two variables are interdependent. You call up the survey for which you want to carry out a correlation analysis and navigate to the ANALYTICS menu item and then select CORRELATION ANALYSIS under the ANALYSIS menu item. 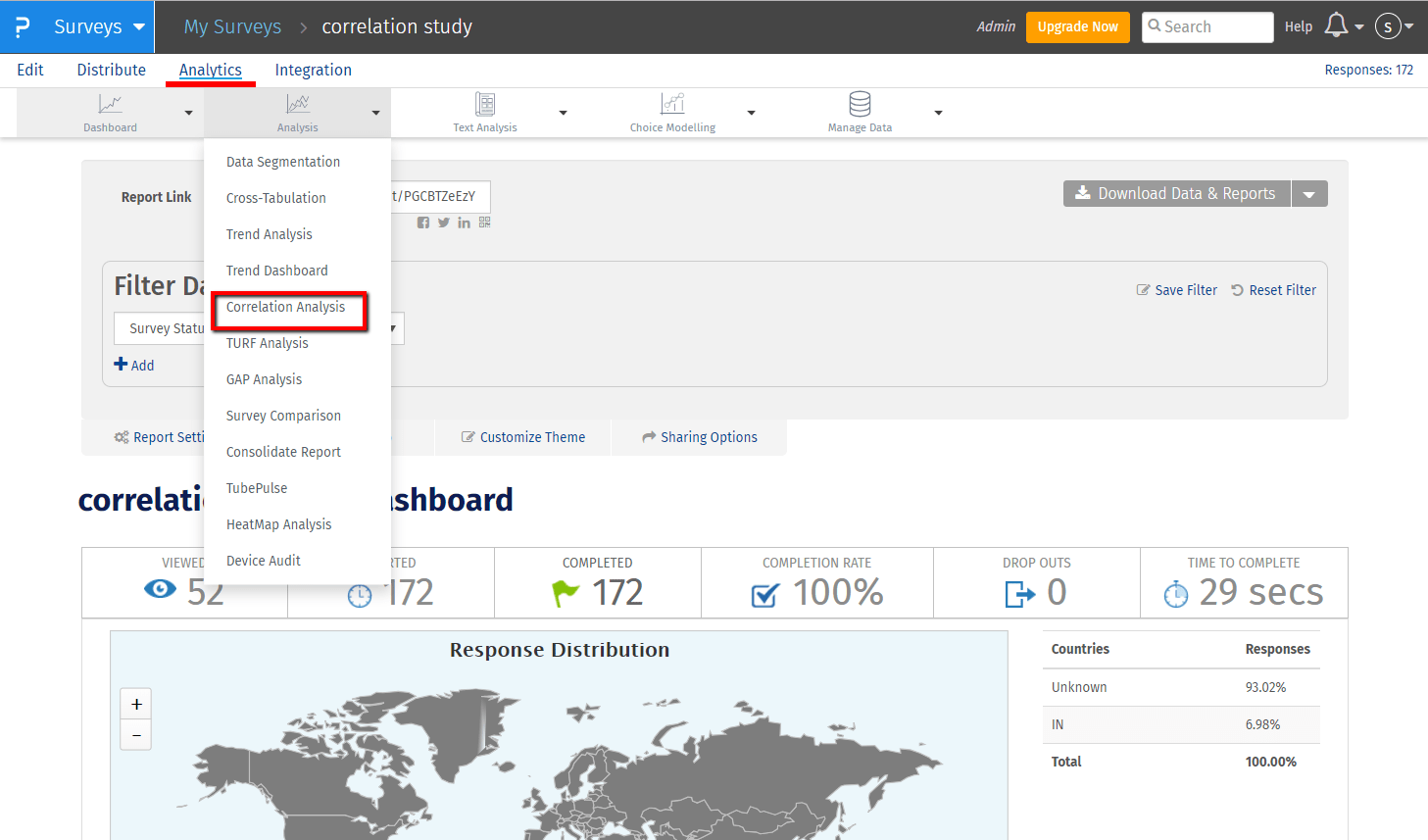 Step 2: In the left pane, select the questions that you want to check for any correlation and click RECALCULATE CORRELATION COEFFICIENT. 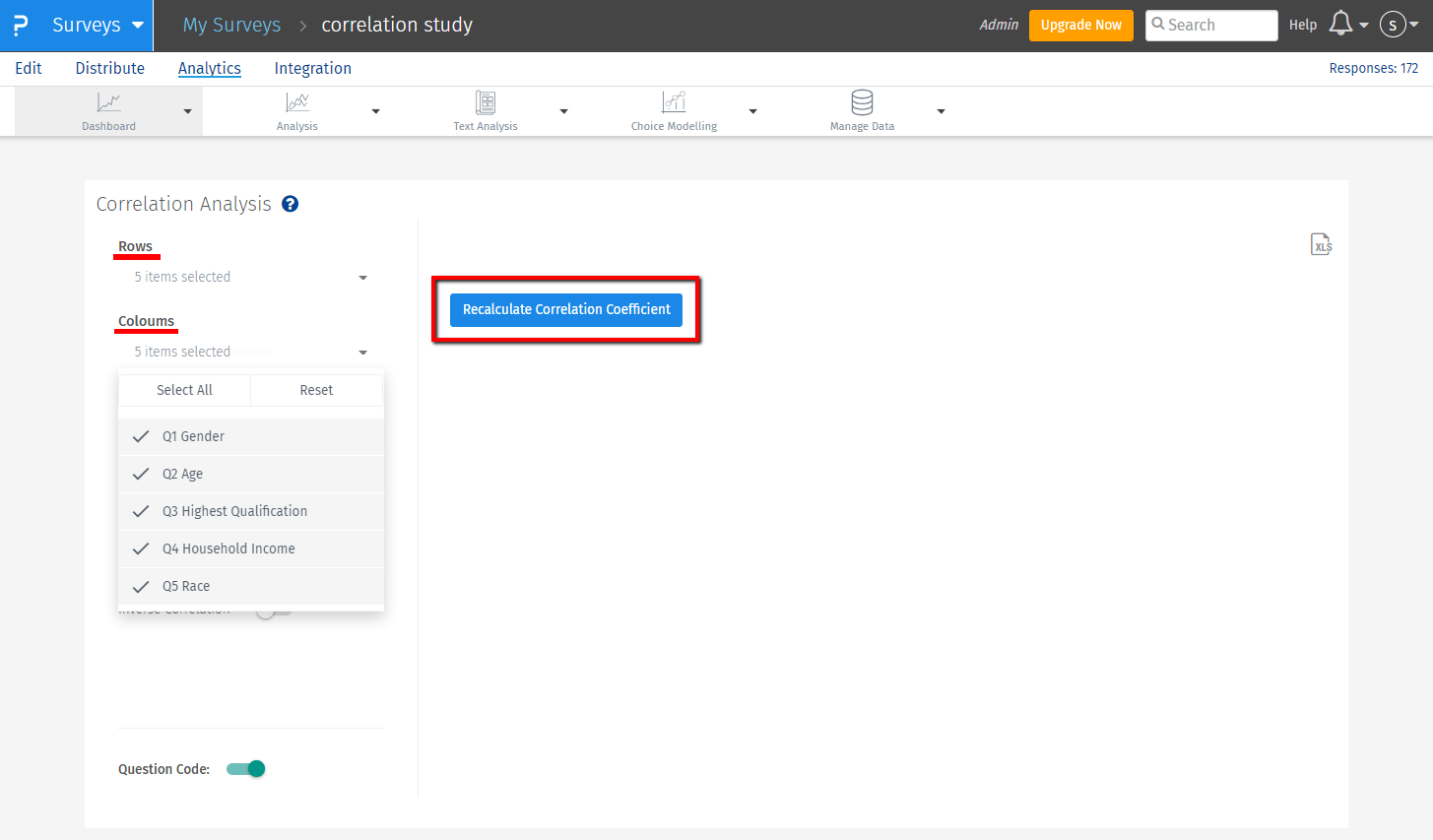 Step 3: Interpret the results. The Threshold section helps you color-code the cells that indicate the strength of the relationship between the variables. In the case of a direct correlation, the threshold value is preset to 0,65 and has 3 colors. If the value of the correlation coefficient is below 0,80 to 0,65, the cell is colored light green, which indicates that the relationship is poor. If the value is between 0,80 and 0,90 the cell will be colored medium green, and if the value is above 0,90 the cell will be colored dark green, indicating a high correlation of the variables you selected earlier. 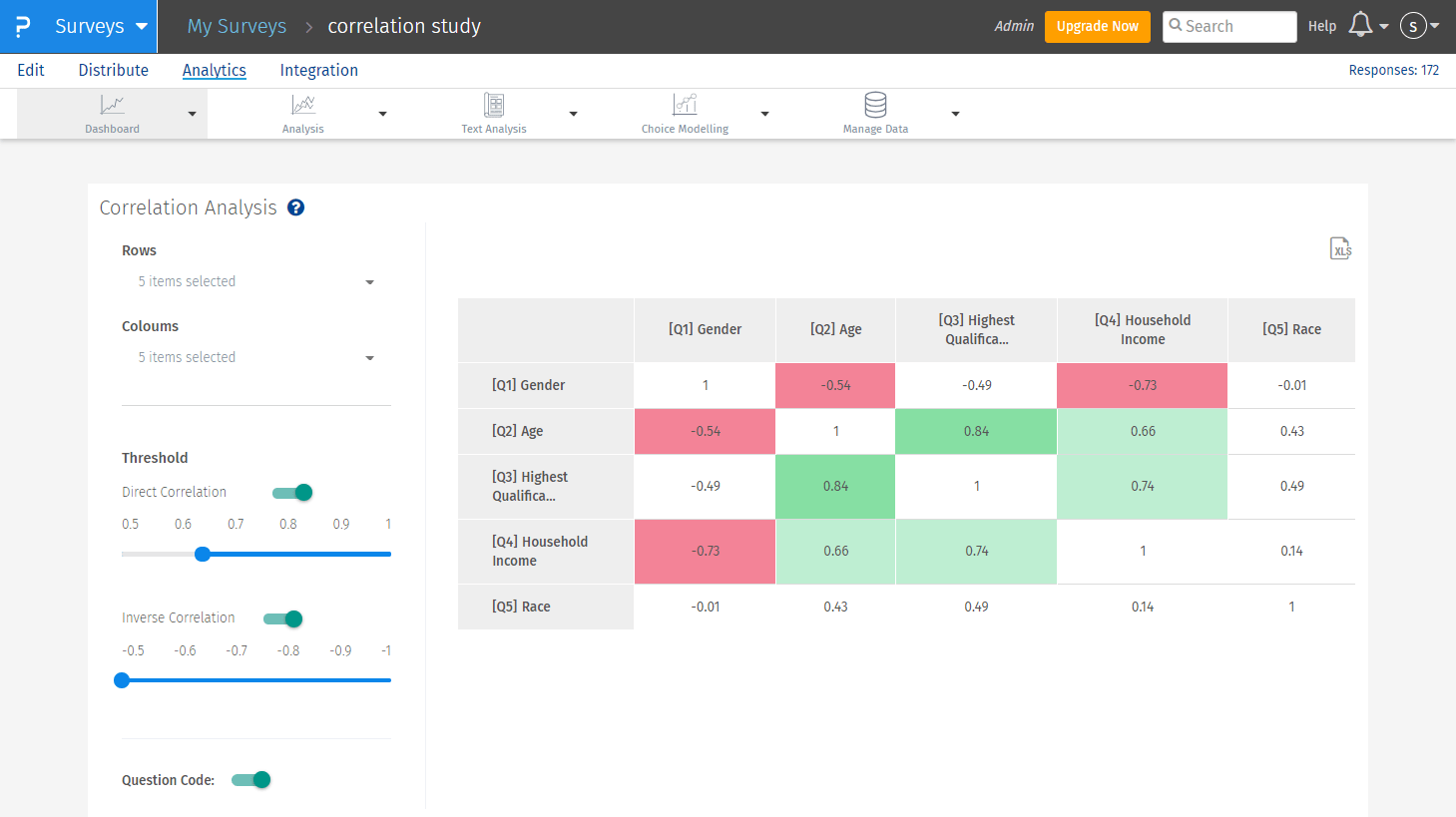 An Excel download with all color coding is supported for the correlation analysis. To do this, simply click on the XLS symbol.

And that was about it. Your correlation analysis is ready.

1:1 live online presentation:
Carry out correlation analysis quickly, easily and without prior knowledge with QuestionPro

Do you have any questions about the content of this blog? Simply contact us via contact form. We look forward to a dialogue with you! You too can test QuestionPro for 10 days free of charge and without risk in depth!

Test the market research and experience management platform from QuestionPro and carry out future correlation analyses without spending a lot of time.

← back to blog overview

By submitting this form, I agree to my data being stored by the mailing provider Mailchimp (mailchimp.com) for the purpose of sending the newsletter. You can revoke the storage at any time.
Platform for market research and experience management

CX Reviews: This is new in the Reputation App from QuestionPro Nach oben scrollen

Make a selection to continue

Your selection has been saved!

In order to continue you will need to make a cookie selection. Below is an explanation of the different options and what they mean.